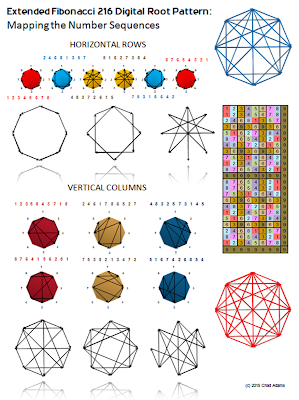 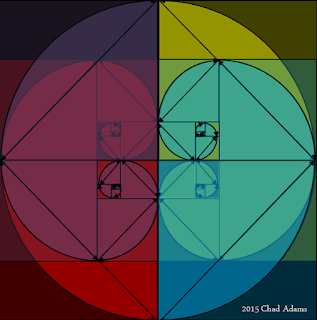 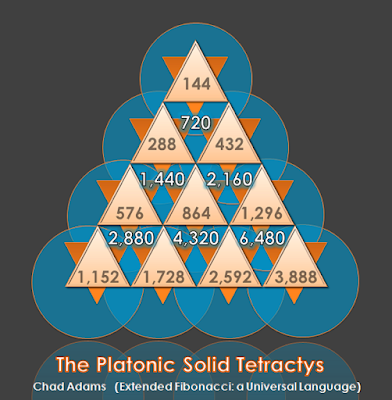 Three torus creates six dual spin states creates Flower of Life, seen here embodied within the cube/tesseract form. Star of David is seen. A possible simile of the Tree of Life. Cross is seen, as well as the cube being a folded 3 Dimensional representation of the Cross. Much more within the structure, but those are most notable with this image. 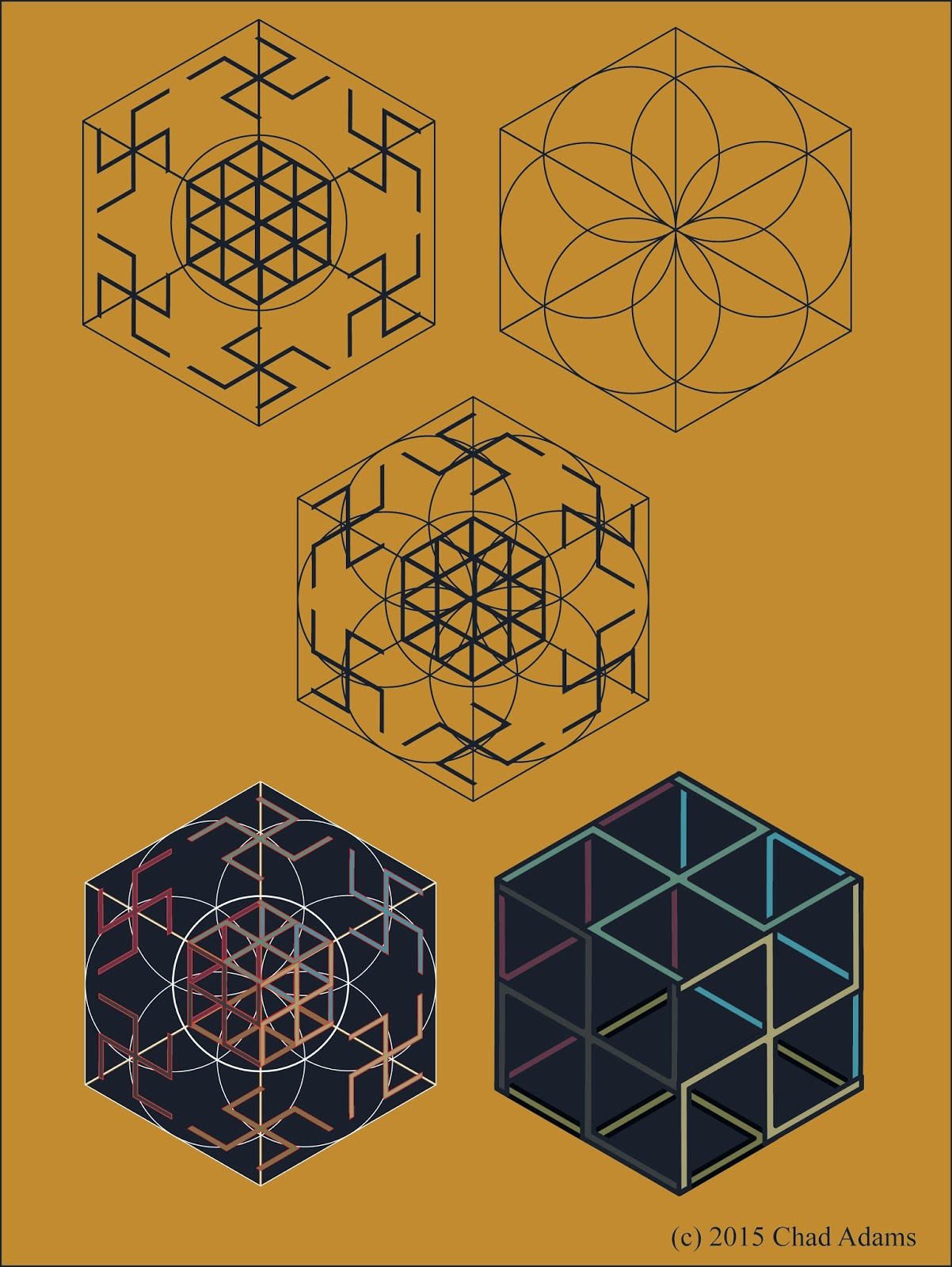 (I've included the Extended Fibonacci graphic for reference)
The color coding denotes the Sequence that arise from the individual number, not the number itself.
The 4 odd numbers (1, 3, 7, 9), the exception being number 5, have the pattern sequences of itself and the other 3 occurring every 15 Fibonacci steps.

The 4 even numbers (2, 4, 6, 8) have the pattern sequences of itself and the other 3 occurring every 5 Fibonacci steps, the full set of which recur every 20 Fibonacci Steps.
The number 5 and its multiples seems to be the fulcrum.
- Chad Adams 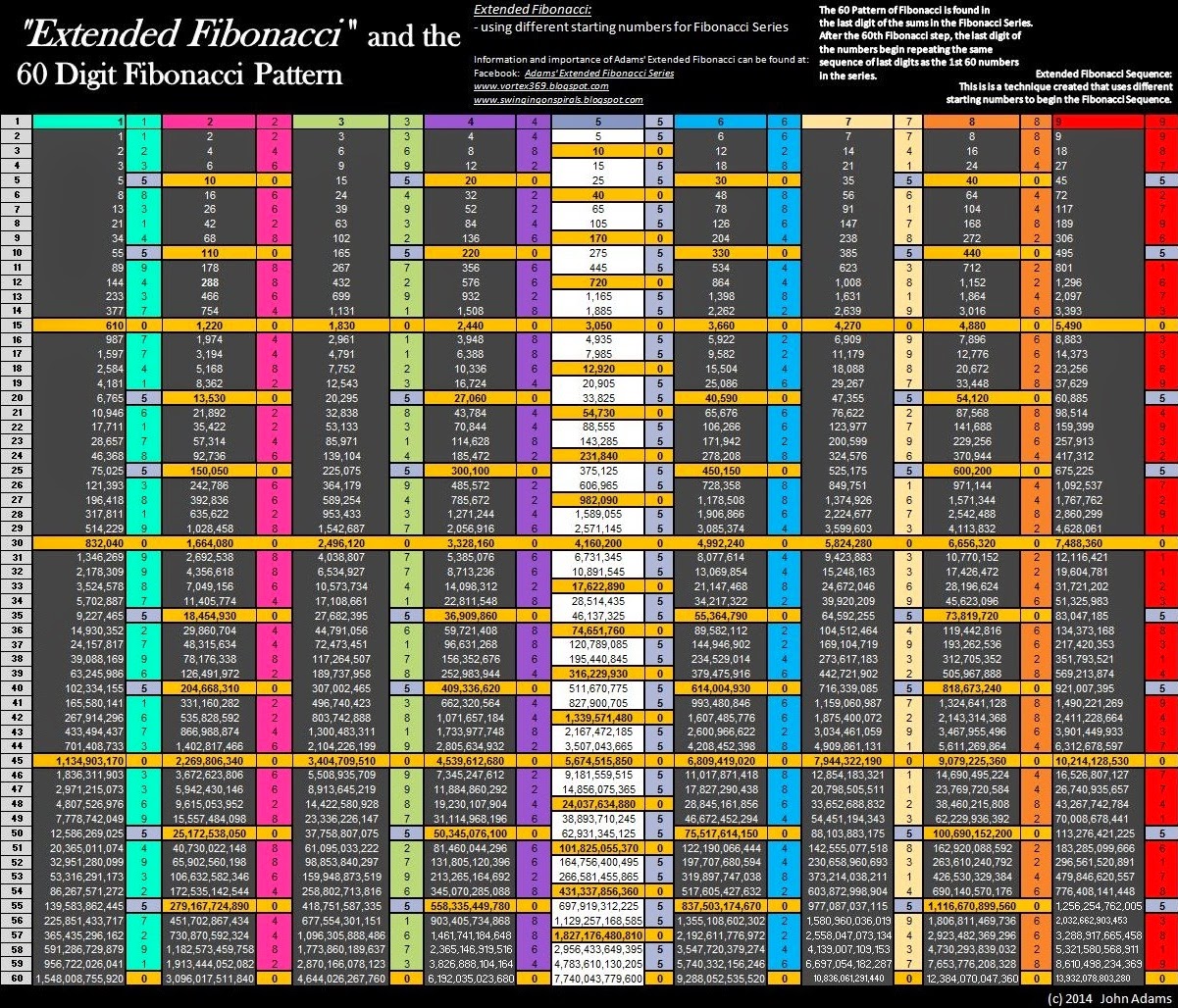 I may have done it!  I may have deciphered the length in years of the reigns of the various antediluvian kings as seen on the prism stone.

I wish I had help with all of this.  It is getting so in depth and contains so many connections.  Without the ability to catch the attention of the scientists and researchers that study these things, it will be a while before I can put it properly into a manuscript that I can try and get traction from.  There is not enough free time in my life to do all that needs to be done.  Everything from how they came to the knowledge of astronomical ages, cycles of the sun and moon, counting, why researchers think it's Base 60 system, when there wasn't even a 0 until much later. 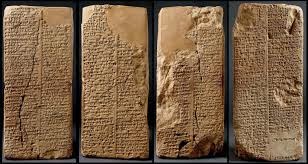 I calculated it two different ways and both ways gave the same numbers.  Problem is, all the studies I have read use the base 60 number system in their interpretations, even though they KNOW it must be wrongly interpreted. I have to do the math, find the patterns in the numbers that match solstices, precession, lunar cycles, ages, etc, etc...all of which are messed up because they are being presented in a faulty interpretation.  Then, I've got to match it all up to my table, which is base 3, base 6, base 9, base 12, base 5 and base 144.  And those are just the significant number bases.

It would unravel antediluvian history!  It would literally be a Rosetta Stone for the Cradle of Civilization.  The deluge.  The Old Testament, Solomon, List of Kings, 8 generations, etc.

For now, I'm going to post my years for the length of reigns in years of the List of Kings. I'll get deeper into it when I have more time to better present it.

Starting from the first king that descended from heaven to begin the reign of kings.

"Then the flood swept over." 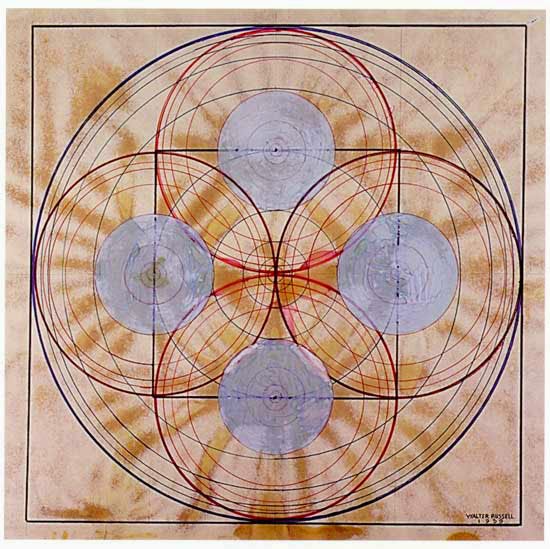 Fibonacci Based Table of 216 Numbers